For years, you envisioned the life that you wanted to live.

It was earthy and wild, embodied and soulful. It smelled of fresh grass in spring, crinkled under your feet like fall leaves, and cycled with the seasons; a life where you knew what was true for you and you had the courage to utter it out loud and live it into being. A life where you felt truly alive and free.

But despite this deep yearning for wildness, for much of your adulthood you’ve felt trapped. A part of you has always known that you don’t fit in with the status quo – you’ve always felt a little different – and you were tired of pretending to be a muggle. So, as you approached midlife, you started to change pieces of your life in an effort to reclaim something elusive that you felt you had lost. Some of those changes may have been of the BIG variety.

And so, you did something truly mad.

Maybe you quit your job, left the long-term relationship, switched careers or got off the corporate ladder all together to follow your heart and strike out on your own. You started a business, moved across the country or to an entirely new country (or maybe even some daring combination of the above).

This was a big deal for you.

It was not the “responsible” choice to make but it made you feel so damn alive. And that’s what you most longed for: a juicy, creative, wild, and soulful life where you could make a difference.

For the first time in a long while, you went against all the external expectations; you made the change for no other reason than because it felt right to you. It was symbolic of embodying your own wild heart and allowing it to guide your choices instead of listening to all the outside voices. It was freeing! You were certain you were moving towards the embodiment of your vision (whatever your specific vision of a wild life may be) and it was so close to fulfillment you could almost taste it! Hooray!!

But it hasn’t turned out quite the way you envisioned. After the excitement and newness wore off, you still didn’t feel wildly creative.

As you move closer to the life that you are hungry for, it seems to move a step farther away, remaining just out of reach. 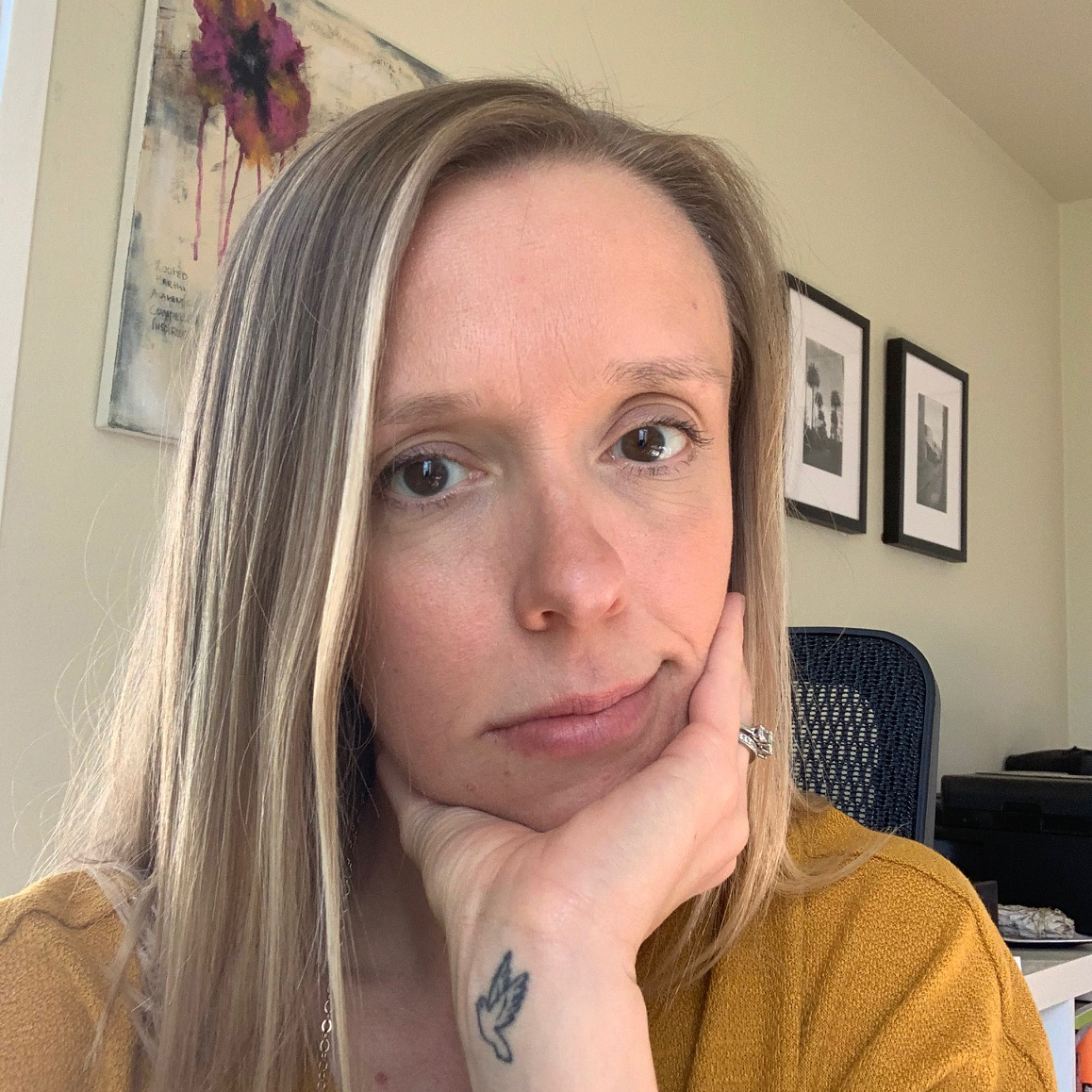 It’s such a frustrating place.

Trust me, I know.

My name is Linda Katz.

I have always been a creative person who deeply values authenticity. A part of me loves and relishes in pushing against the status quo. Yet, one day I woke up and realized that many pieces of my life didn’t feel like my own; I felt trapped in my job, in my relationship, in the city I was living in.

So I started to change things, one thing after another.

I left the relationship. I quit my corporate gig and started my own business. I moved to an entirely new city and state. I was determined to live a big and messy life, steeped in creativity and service, a life where I would feel wild, free, and authentic. I was finally ready to make those dreams a reality.

You can imagine my disappointment and confusion when I still didn’t feel wild and free, despite changing nearly everything in my external life!

Based upon my own experience and after working with dozens of clients over the past 6 years, I am coming to see that my experience isn’t unique, and that the dramatic departure from the known is only the beginning of the journey for many of us. It’s just opening the door.

The good girl & the tyrant king

Here’s what I’ve come to learn, and this might sting a bit: Though you love to push against the status quo in terms of the big systems and beliefs, and are meant for something wild and different, when it comes to your embodied, lived experience and human relationships, you still tend to be an over-achieving people pleaser.

In other words: a ‘Good Girl’.

I know you might be feeling some resistance right about now; I know I sure did.

“A Good Girl? Ugh, how boring and banal.”

But when I looked at my life, I could no longer deny it. I had shitty boundaries. A tendency to overgive. A desire to be liked. A hard time saying ‘no’. I was a bit of a chameleon, changing my colors based upon who I was around.

But as a “father’s daughter”, my good girl tendencies had flown under the radar for most of my life. I just thought I was someone who was efficient and got things done and who succeeded at what I put my mind to. I never stopped to consider whether the goals that I was pursuing were truly my own, and that was a form of pleasing as well.

I saw that the old life I had been dropping like a hot potato was the result of a whole host of choices that I had made. And I saw that those choices were not based on my true soul desires.

Rather, most of my choices were about meeting someone else’s expectations, meeting someone else’s needs (even if that meant negating my own needs and desires to do what was expected), being liked, respected and seen as good by other people or proving my worth to other people (e.g. my parents, spouse, friends, or the culture at large). You see the pattern here. If you are like me, you’ve made your life choices based on how they would look to other people. This is the trap.

When your feminine psyche is trapped in good girl energy, you are being unconsciously steered by your Inner Tyrant King, the consciousness that you absorbed from our patriarchal culture. Your life becomes so split into black or white, right or wrong, good or bad that you lose touch with what is actually true for you.

Instead you become trapped in:

Being the Good Girl comes with a hefty price but, for good reasons, it is very hard to give up.

With the relationship between the ‘good girl’ and the Tyrant King in mind it becomes clearer why your big change didn’t work. Here are the top three reasons:

Reason #1: It only addressed the symptoms not the cause. While the big change was indeed a step towards saying ‘yes’ to your own wild soul desires, it only dealt with the result of ONE of those choices (e.g. leaving a job you hated). You fixed the symptom without ever acknowledging or healing the root cause: That as an adult, unconsciously you were still trying to be the good little girl.

Reason #2: The Tyrant King is still steering the show. The black or white consciousness that brought you to make the good girl choices to begin with is still there and fully intact. You still see things painted in stark contrast of good/bad and worry about what you “should” be doing. If you don’t shift that, you will continue to feel hemmed in, and cut off from your wholeness, wildness and range.

Reason #3: The outer change is never enough on its own. The barrier to living the wild and soulful life that you most long for, and that you’ve been trying so hard to overcome this whole time, is you. This is why you haven’t been able to escape the trap: It’s been within you this whole time.

I know that realization can be discouraging. But it’s also empowering.

Because the good news is that the wild life you are longing for already lives within you as well. You just have to slow down and turn towards yourself to finally set it free. 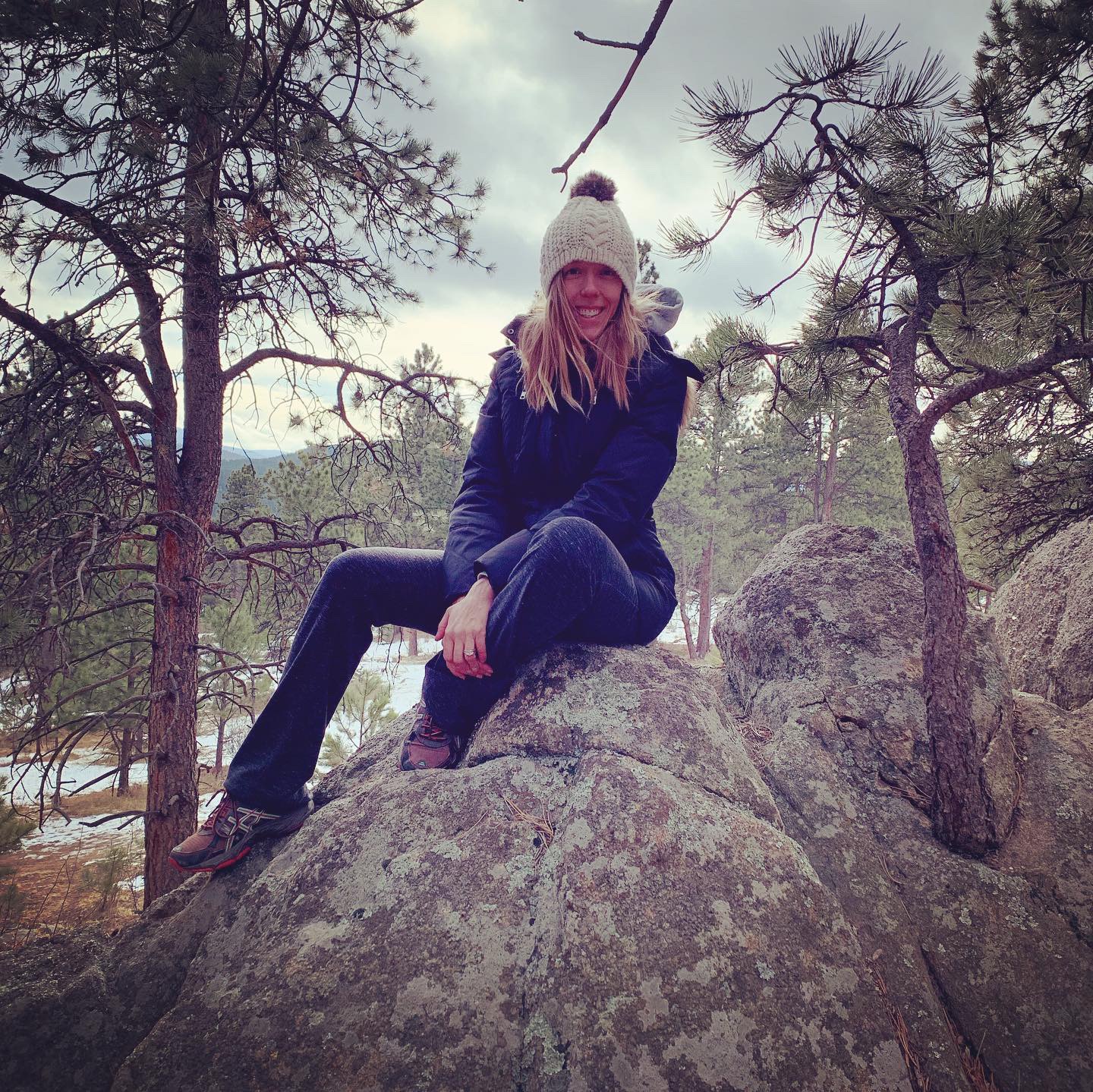 If you’d like to learn more about this relationship between the Tyrant King, the Good Girl, and the Rebel, see the map of the cyclical four seasons of this journey, my approach to courting your wild feminine soul, including the dangers and traps and three primary ways and more to do so, click here.

If you’d like to dive in and find out why you keep returning to the ‘good girl’ archetype in your life and what you can do about it click here.

Learn How I Work

It might be a yearning, an “I need that!”, a fear, or even a disgust. But who is the Wild Feminine, really? Why do we need her? And where the heck has she gone for so many modern women? Get WILD FEMININE 101, my e-book that introduces you to this sacred energy within, sent direct to your email. It also includes a list of resources to get you started on your personal journey of RECLAMATION.

Linda’s sweet and soulful presence radiates a sense of calm to all around her. This was true for me the first time we spoke and continues to grow with each session, workshop, and encounter I’m lucky enough to have with her. Linda is deeply rooted spiritually, thoughtful, inquisitive, wild, funny, and gracious–all things she encourages her participants to explore within themselves. She has a profound way of leading by example, and I am eternally grateful for all I’ve learned from her. Working with Linda feels like a warm embrace after a long journey–a homecoming to all that is within. She guides her clients to uncover the truest places within themselves and supports integrating them into daily life in practical ways. […]

I have had the pleasure of working with Linda. She is an impactful leader, a deep listener, arrives curious, and always holds a compassionate space. Her energy is light, flowing, and accepting. You can tell that Linda is deeply connected with and dedicated to her work. I have always felt safe in sharing with her.

Linda’s coaching is pure genius. She allows me to feel completely heard and free to be true self, unedited. She is passionate, compassionate, and deeply receptive. Her insights always leave me feeling inspired and truly joyful, I can hardly wait for my next session. I love Linda!

I’m sending a great big hug and thank you! Your guidance and work the last several months has been transformative for me in such a positive way. You very gently guided me through the rough, murky waters of being stuck in my little girl to a place of being the wise woman that I truly am! I know I’m a work in progress, but it feels so darn good to be open to the movement! I can’t express my love and gratitude enough.

Working with Linda has been a truly transformational experience. Linda asks questions in a gentle way to help me recognize some habits that were causing me to stay small and stagnant, and with our bi-weekly calls, I gained clarity in my vision and confidence in my ability to own my truth and speak with authenticity, rather than 'chameleon' my way through life to be whoever I thought others wanted me to be. I learned I am not all to everyone, and that my business cannot and should not appeal to the masses - so I am now really excited to carve my niche and stay true to my expertise and lived experience.

Linda is an incredibly supportive guide for someone ready to venture into the dark woods, through them and emerge changed... stronger/wilder... more free.